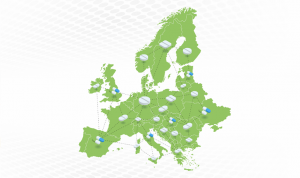 Medicine shortages are a global and growing problem with a negative impact on citizens, healthcare systems and actors in the supply chain. This problem has worsened during the pandemic and has eventually paved the way for the European Commission to urgently develop a European Pharmaceutical Strategy. In this context, international cooperation is needed to mitigate the impact of this problem with complex and multifactorial causes.

Pharmacy can once again be part of the solution to reduce the incidence of this lack of supply, through its systems for detecting them. These tools are aimed at providing a true picture of medicines availability to the patient and anticipating likely problems.

In November 2018, during the celebration of the Latin Pharmacy Day, the associations from Italy, France, Portugal, and Spain discussed the possibility of collaborating in a European project to combat the lack of medicines supply. The proposal introduced by the General Pharmaceutical Council of Spain to create a pan-European system, having the Spanish Medicines Supply Information Centre (CISMED) as a reference, was the most valued option and marked the beginning of this alliance.
The General Pharmaceutical Council of Spain has led a project financed by the European Commission, together with national pharmaceutical organizations in Italy, France, and Portugal for the exchange of information on medicines’ lack of supply, with the collaboration of the Spanish Agency of Medicines and Medical Devices (AEMPS).

Launching of the project

This project started in November 2019 and takes as a reference the Medicines Supply Information Centre (CISMED), acknowledged as one of the Best Innovative Practices in the European Union.

Throughout this time, the project has been carried out under the Twinning – information exchange – modality, aiming to explore the possibility of creating an information system that allows the authorities to provide a reliable picture of supply problems at a supranational level. 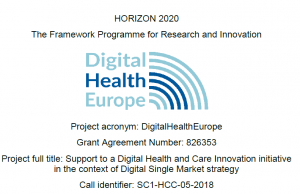 This is based on existing challenges such as the lack of a harmonized univocal identification of medicines in Europe, the lack of a common protocol for reporting supply shortages and the different national definitions for medicines shortages.

Upon completion of the project in September 2021, it can be concluded that the exchange of data between countries provides very valuable information for the authorities, with enormous potential for making progress in the early detection of shortages and facilitating effective european and international cooperation to mitigate their impact. In addition, the value of pharmacies and the Pharmaceutical Representative Bodies in the face of this public health problem is made visible.

On the other hand, as part of the first part of the project, and on the occasion of the COVID-19 pandemic, it was considered interesting to carry out a comparative analysis on shortages between the countries participating in the project. The main conclusions of this analysis were as follows:

Once the first phase of the European project has been completed with the presentation of the results by the General Pharmaceutical Council of Spain at the DHE Summit, and having obtained the interest of other European countries and organisations in continuing the project, a second phase will be  undertaken to technically implement a European system for the exchange of information on shortages.